„The communication between human and machine is a determining factor in the modern world. The multifaceted interrelationship and its effects on the individual and the collective will be projected onto four musicians. They are directly linked to a central server, which controls and coordinates their actions. In return, triggered images and sounds generate a virtual, audiovisual space, every musician interacts with, and ultimately merges completely with it.“

The audiovisual performance de:conducted investigates the changing relationship of humans and machines and was presented at the Munich Biennal 2014. Dieter Dolezel, a Munich based composer initiated the project and composed the music.

507nanometer created the video installation. A 6x4m semi-transparent screen was placed above the audience which was standing in the middle of the room, surrounded by the musicians and the speakers. The videos were genereated in real-time using four microphones and the midi signal of the central server which created the electronic music and controlled the musicians. 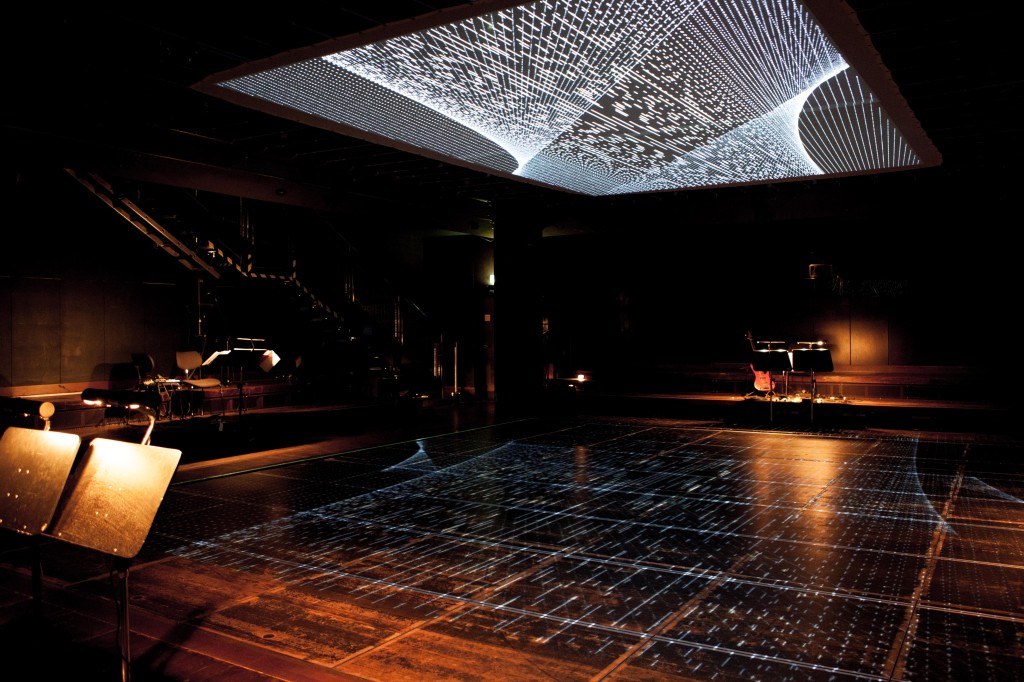 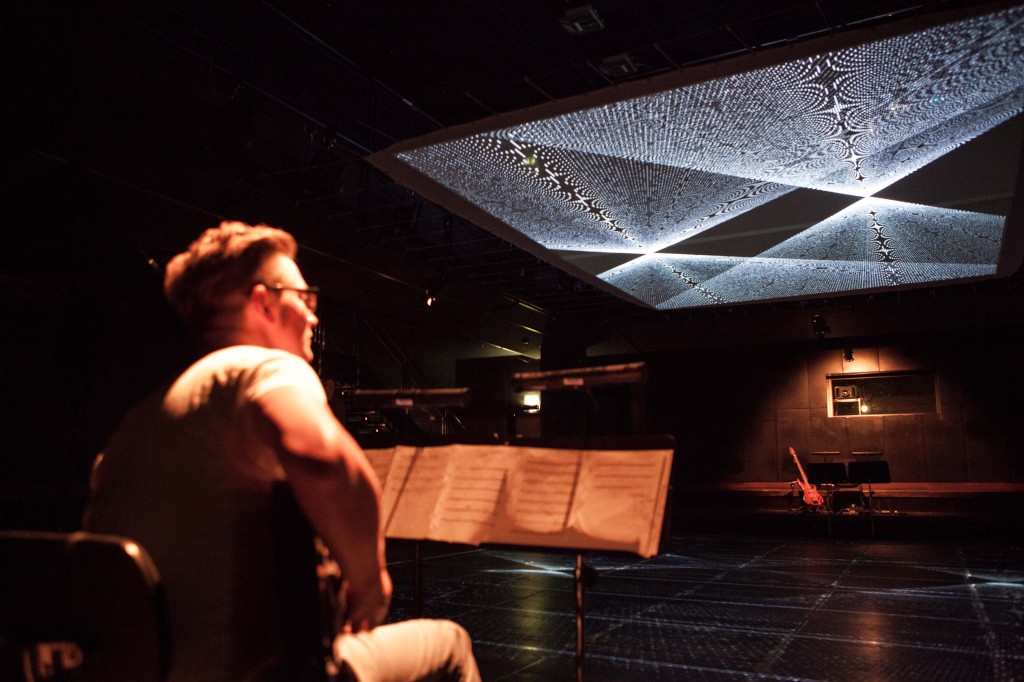 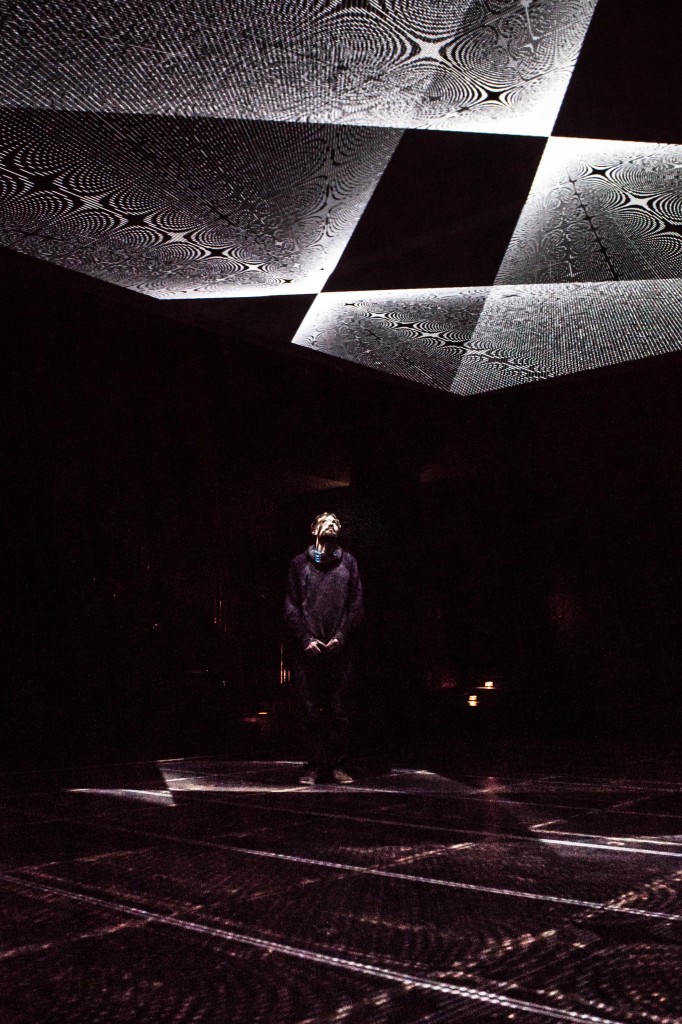 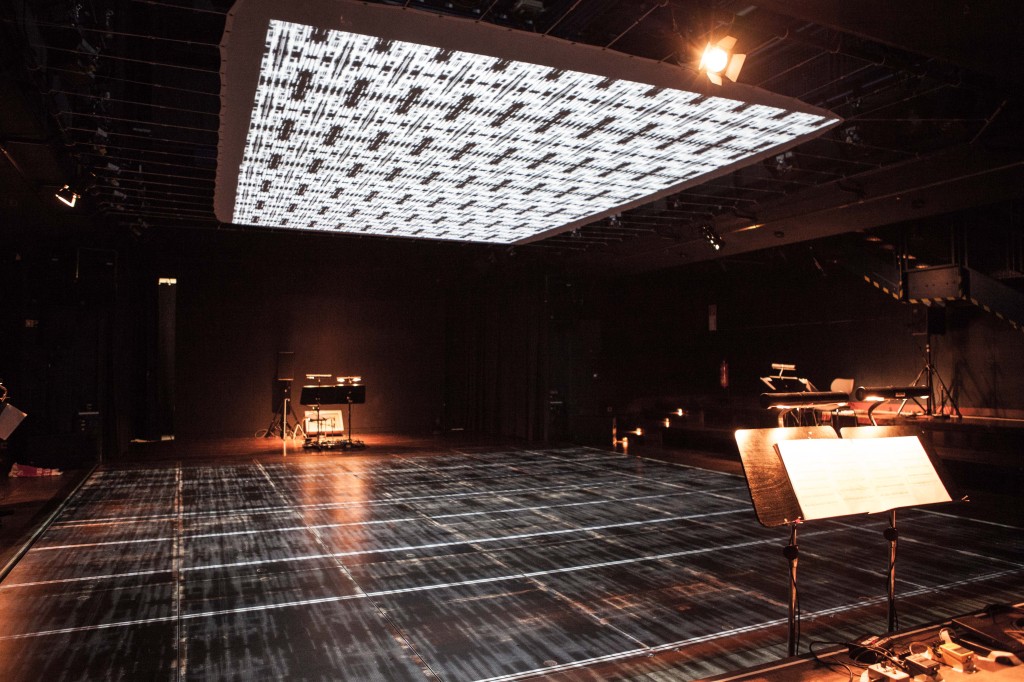 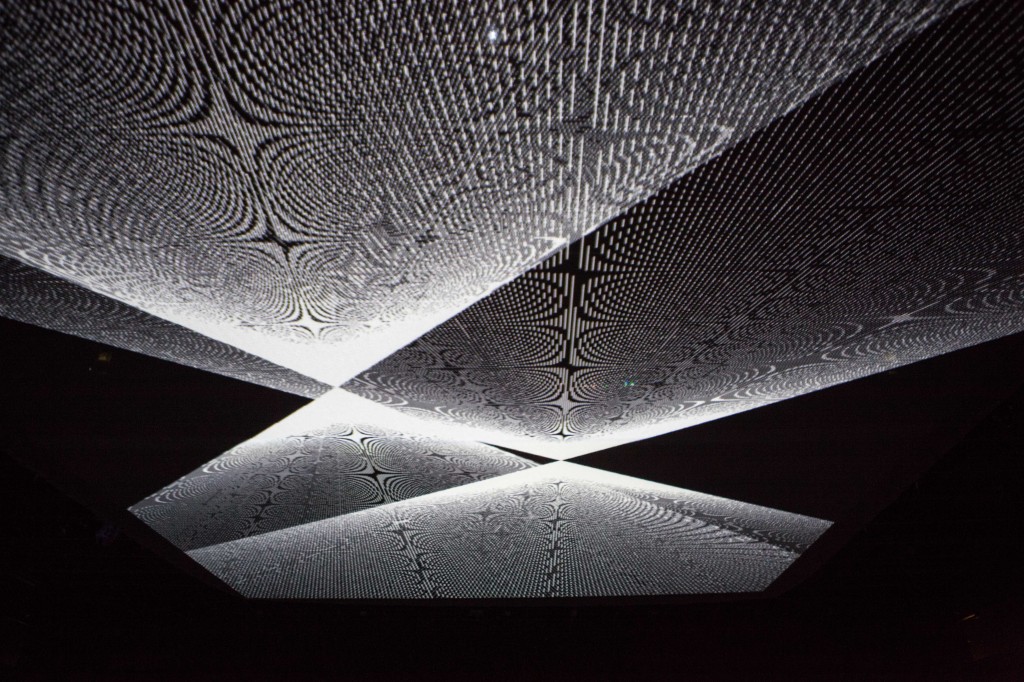